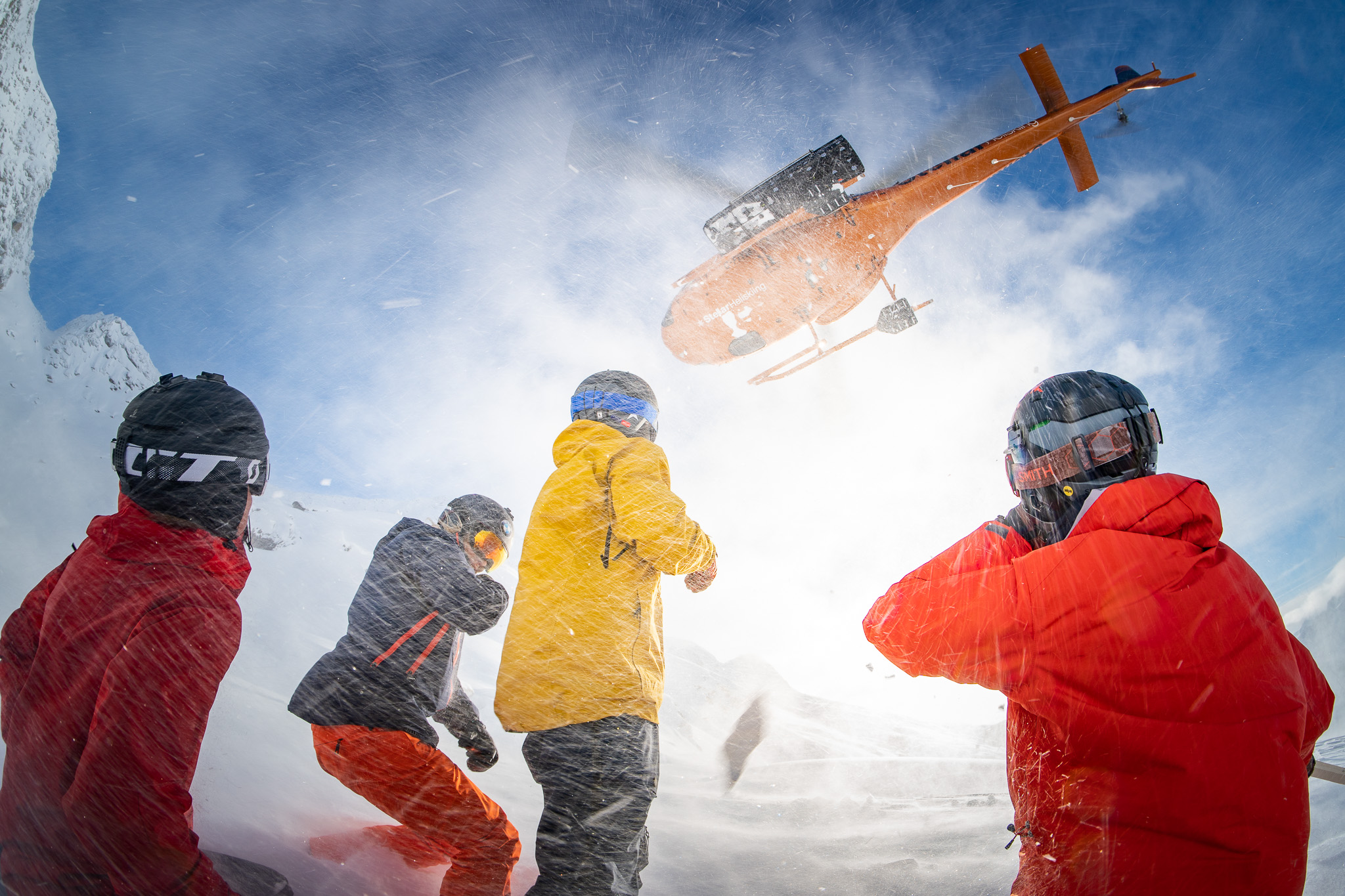 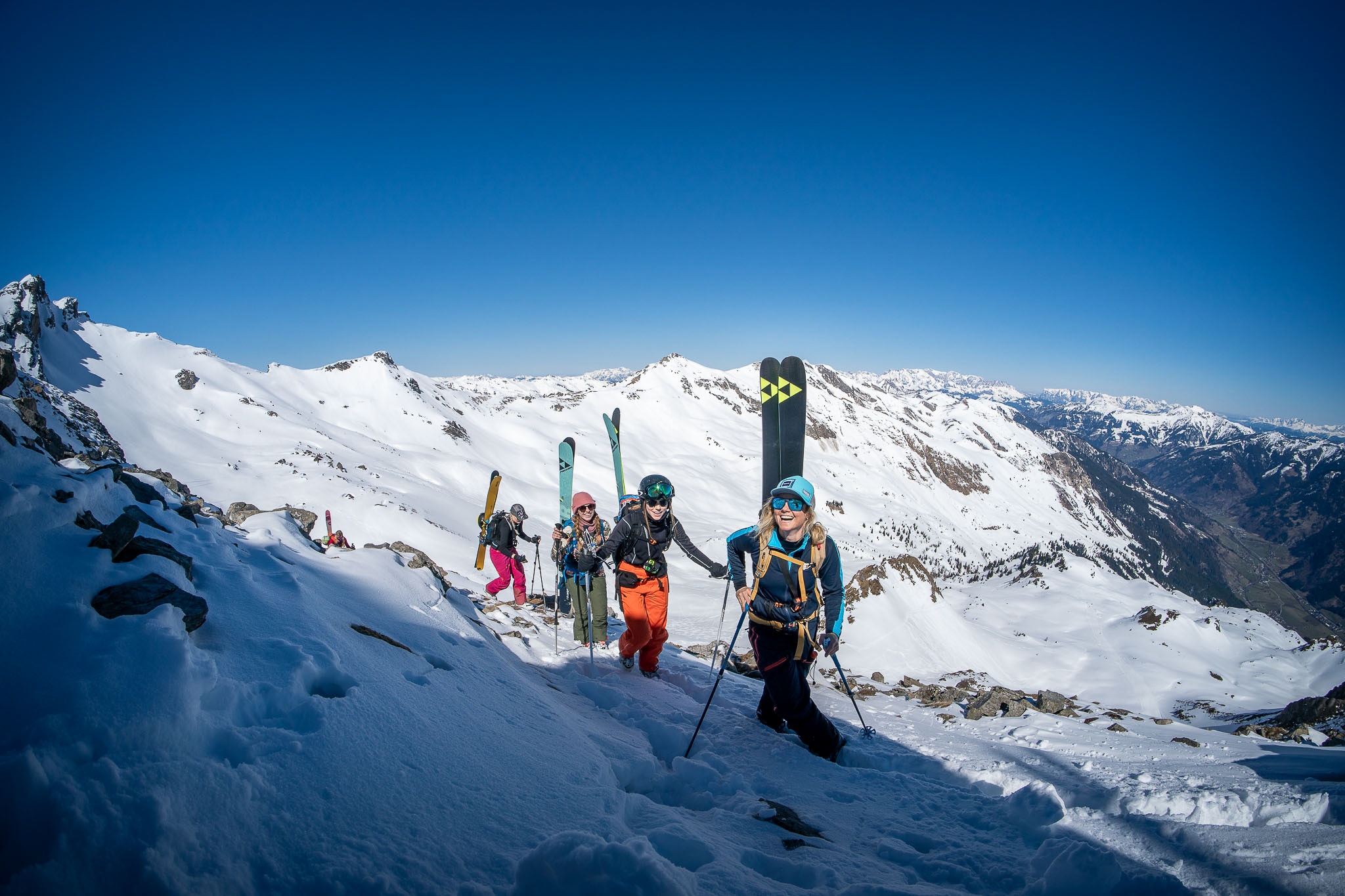 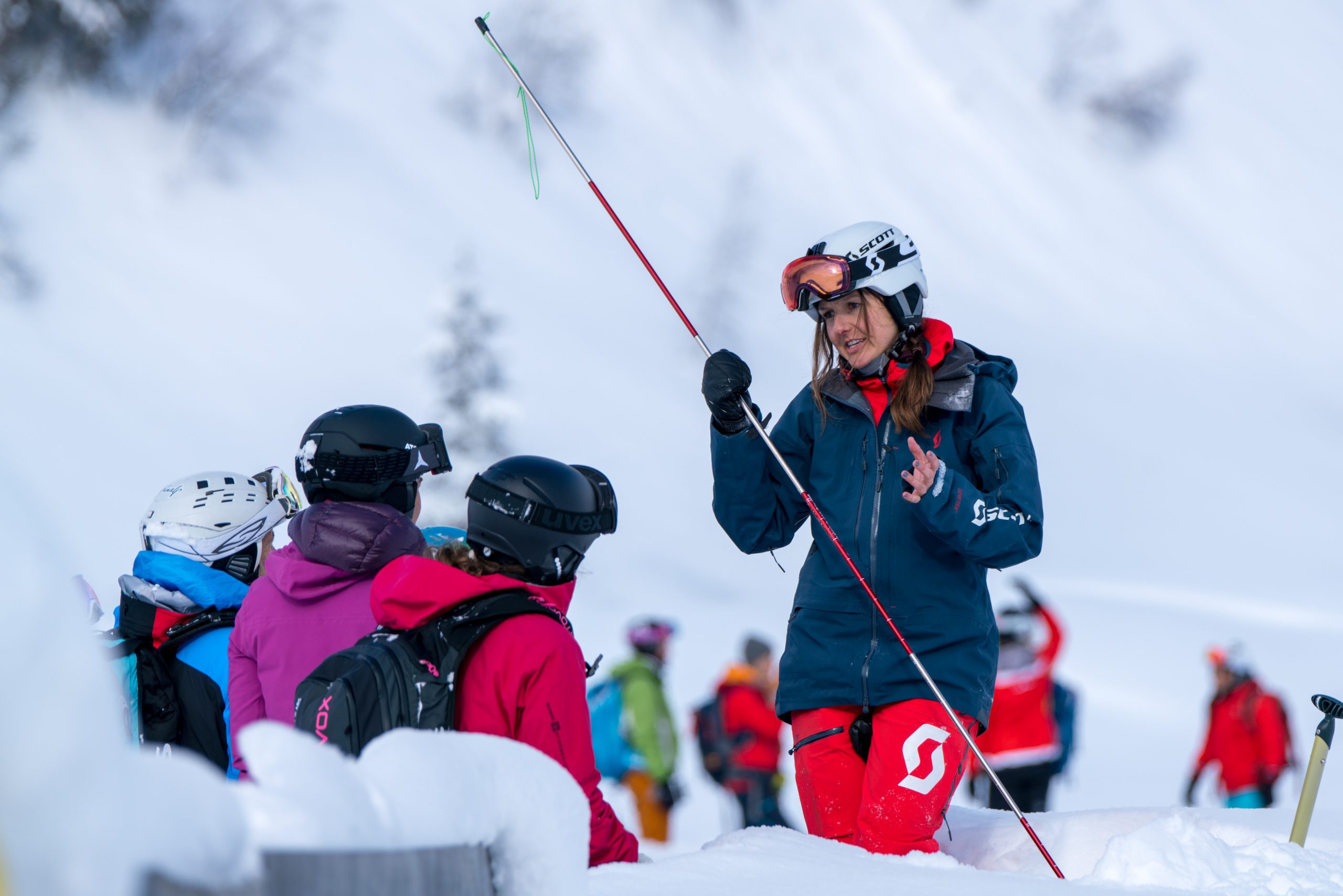 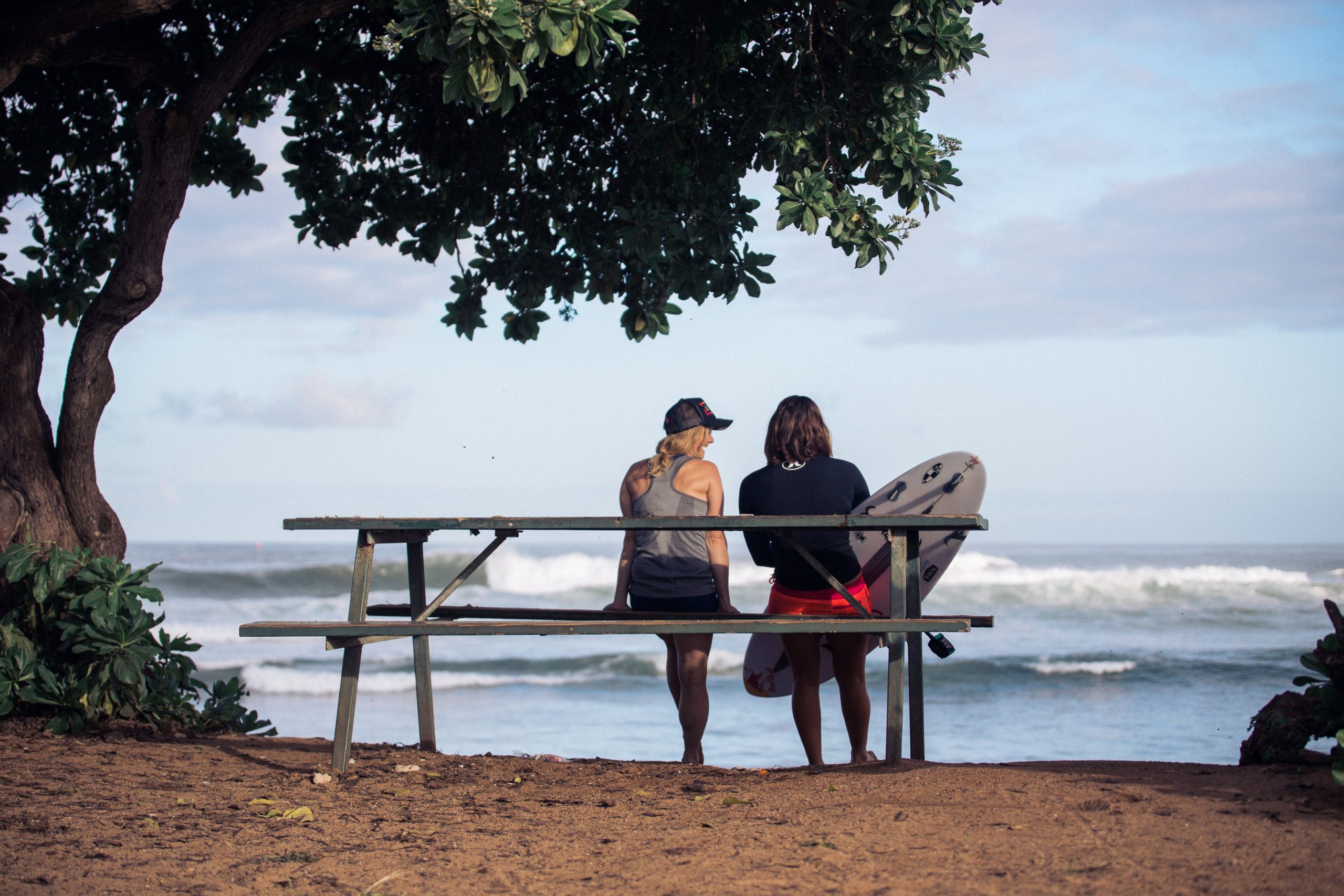 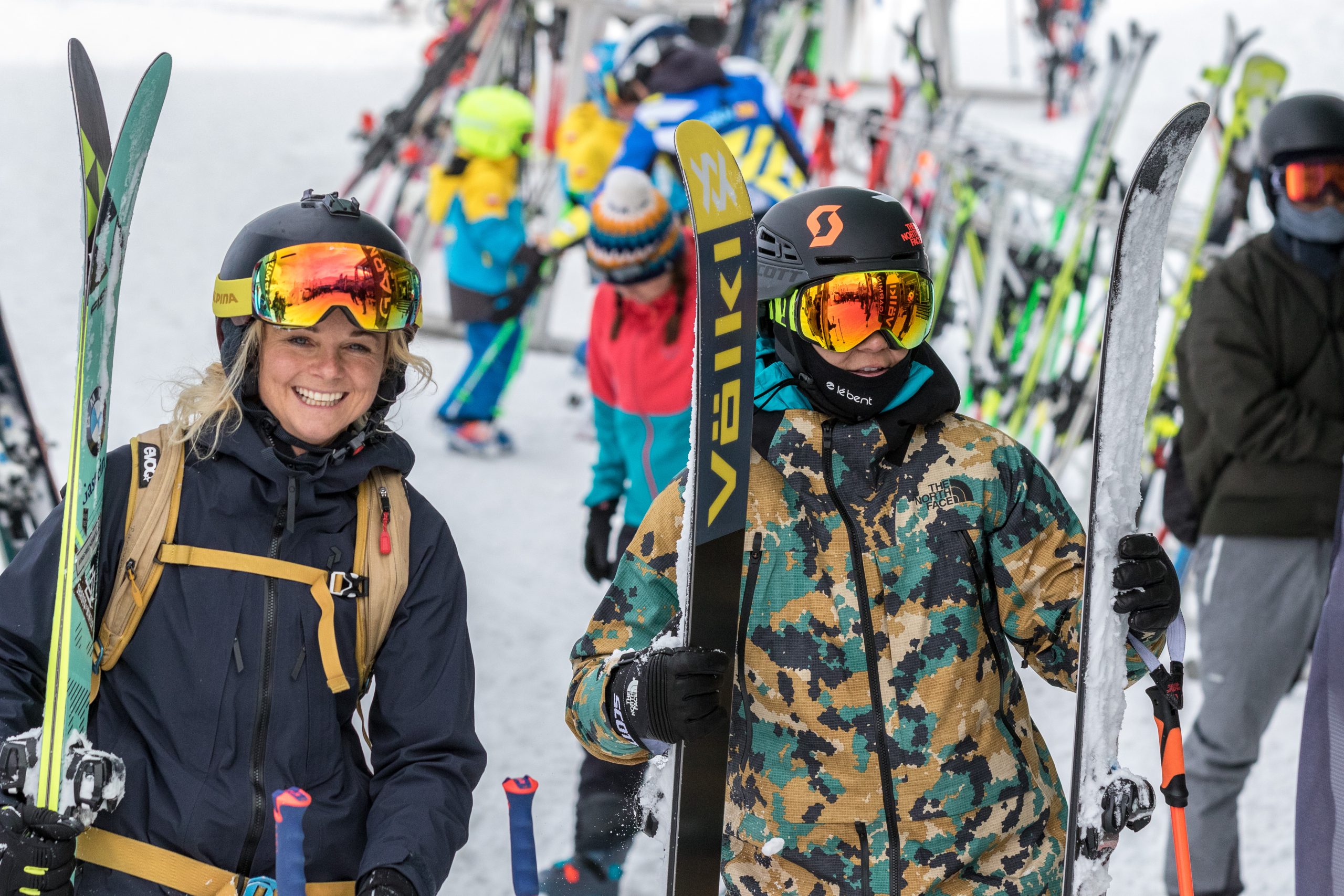 Sandra organized her first ‘all girls freeski camp in 2011’. Ever since women aged 18-56 from all over the world sign up for the annual #shadesofwinter freeride camps. Together with inspiring athletes & coaches and tourism associations Sandra has successfully hosted #shadesofwinter camps in AUSTRIA, SWITZERLAND, JAPAN and NEW ZEALAND.
As a newly official travel agency Sandra is ready to expand that section of the #shadesofwinter platform: a greater variety of CAMPS & retreats, new destinations, a growing roaster of inspirational COACHES & added summer outdoor activities. New WORKSHOPS offer opportunities to improve skills like handling avalanche emergency equipment, ski technique and more. And with individually tailored DREAMTRIPS to unique locations seen in one of our previous films, Sandra uses her all great connections to the best backcountry operations, guides and lodges all over the world, her experience and organization skills to create your best trip ever.
That’s TRAVEL LIKE SHADES. 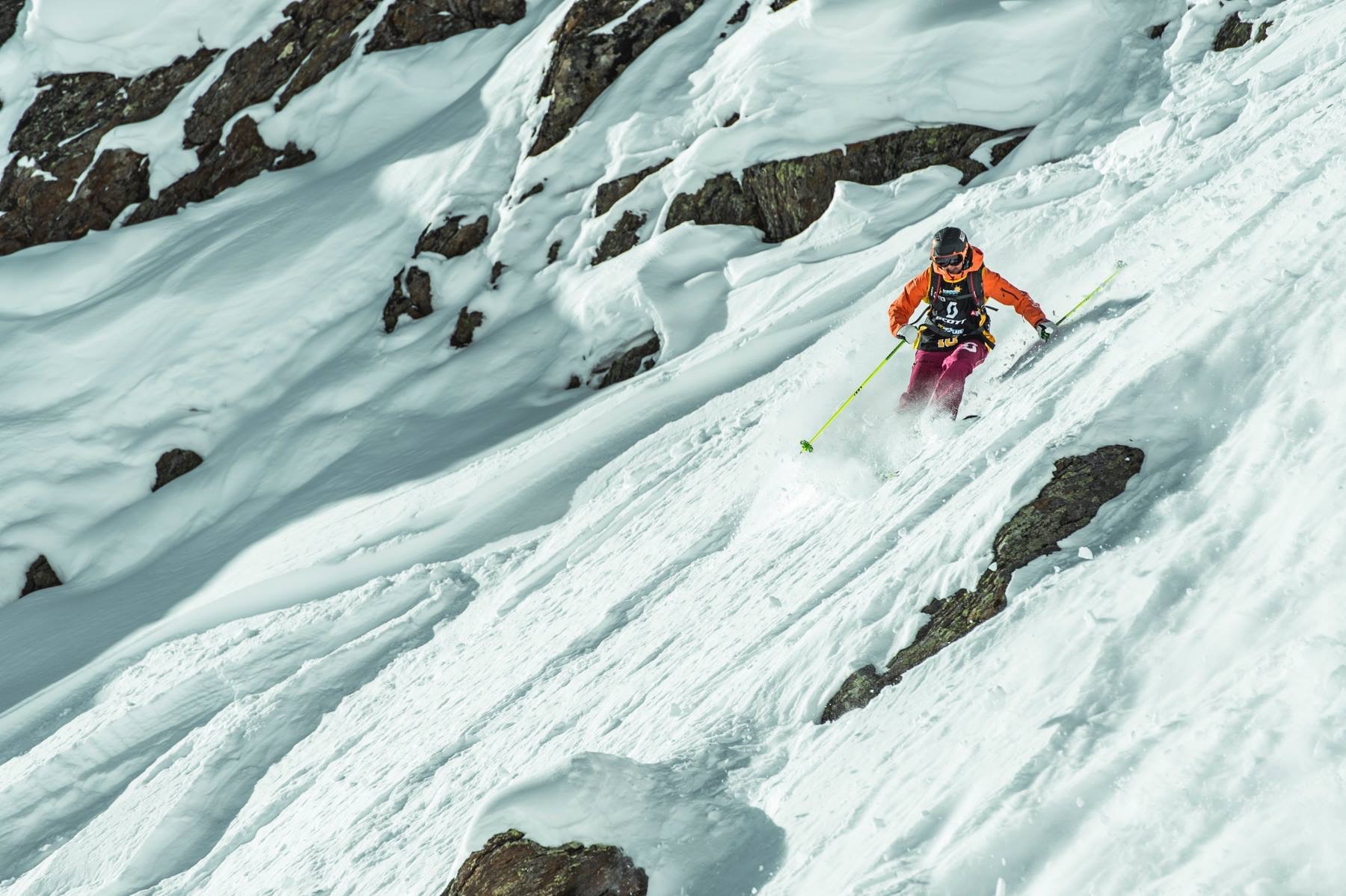 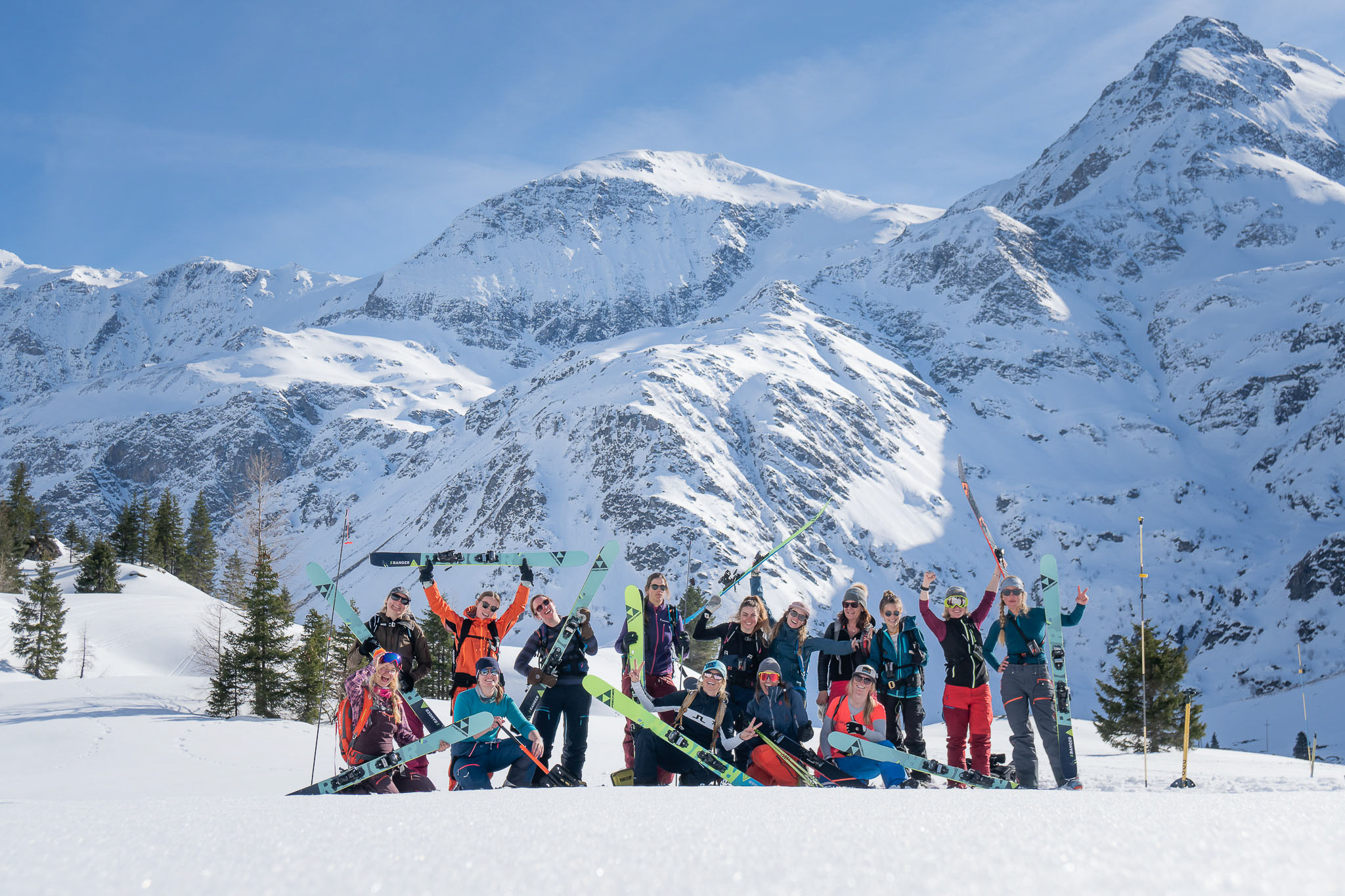 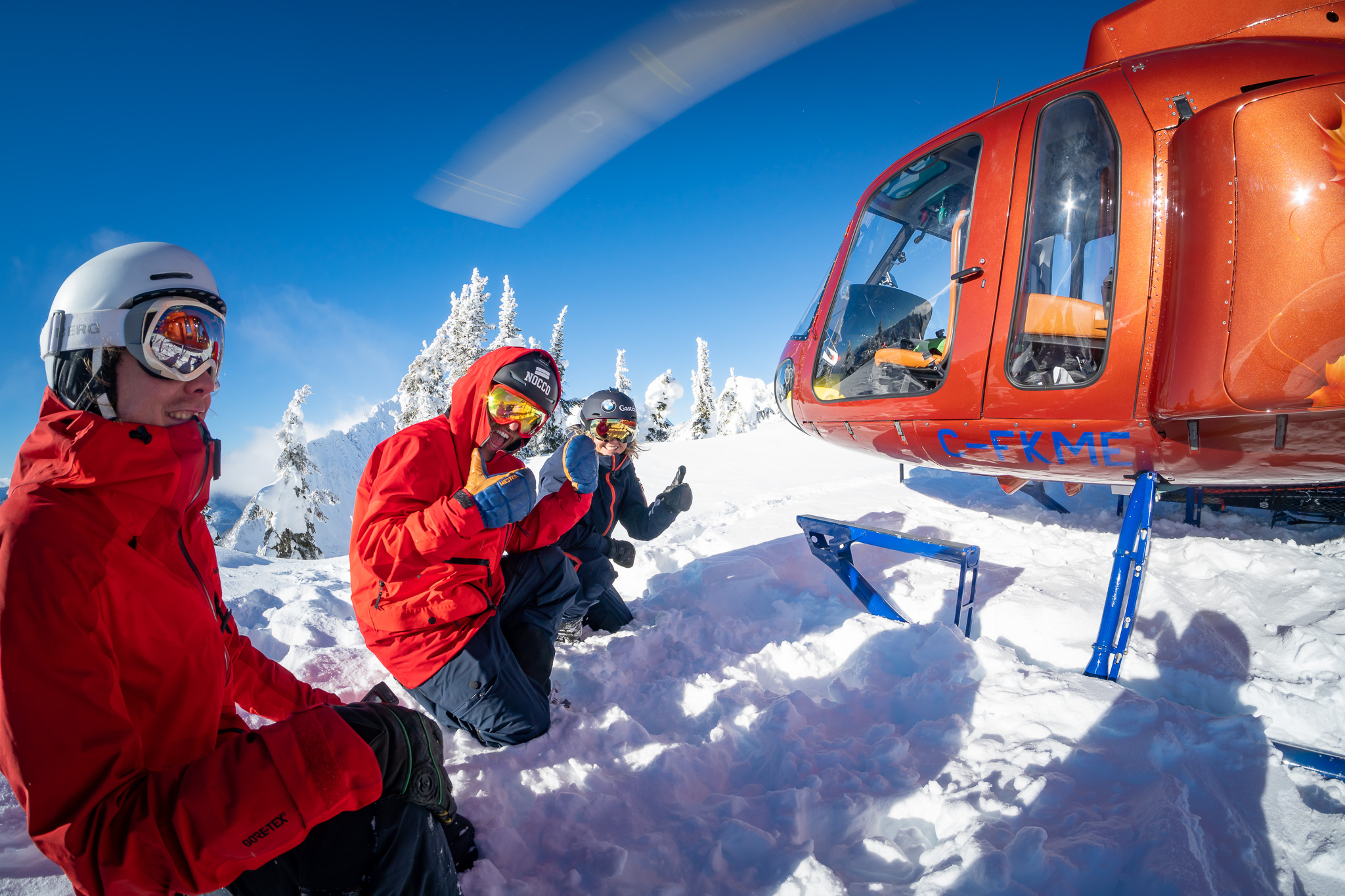 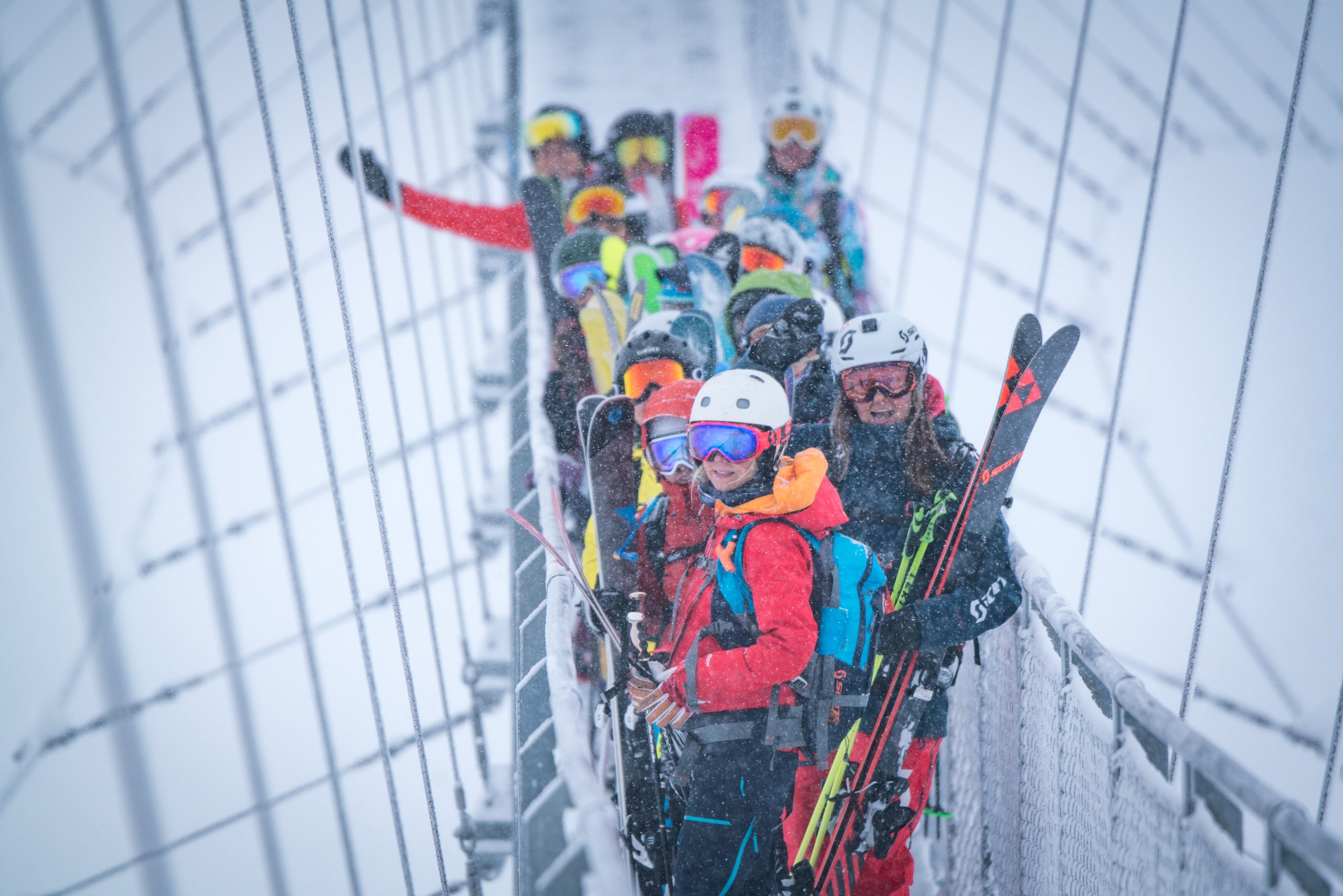 Our camps give girls and women from all over the world to connect & have fun with likeminded people who share the same passion for the outdoors, get inspired & coached by leading female athletes and leave empowered for new adventures.
Find out more about our CAMPS to CONNECT – INSPIRE – EMPOWER 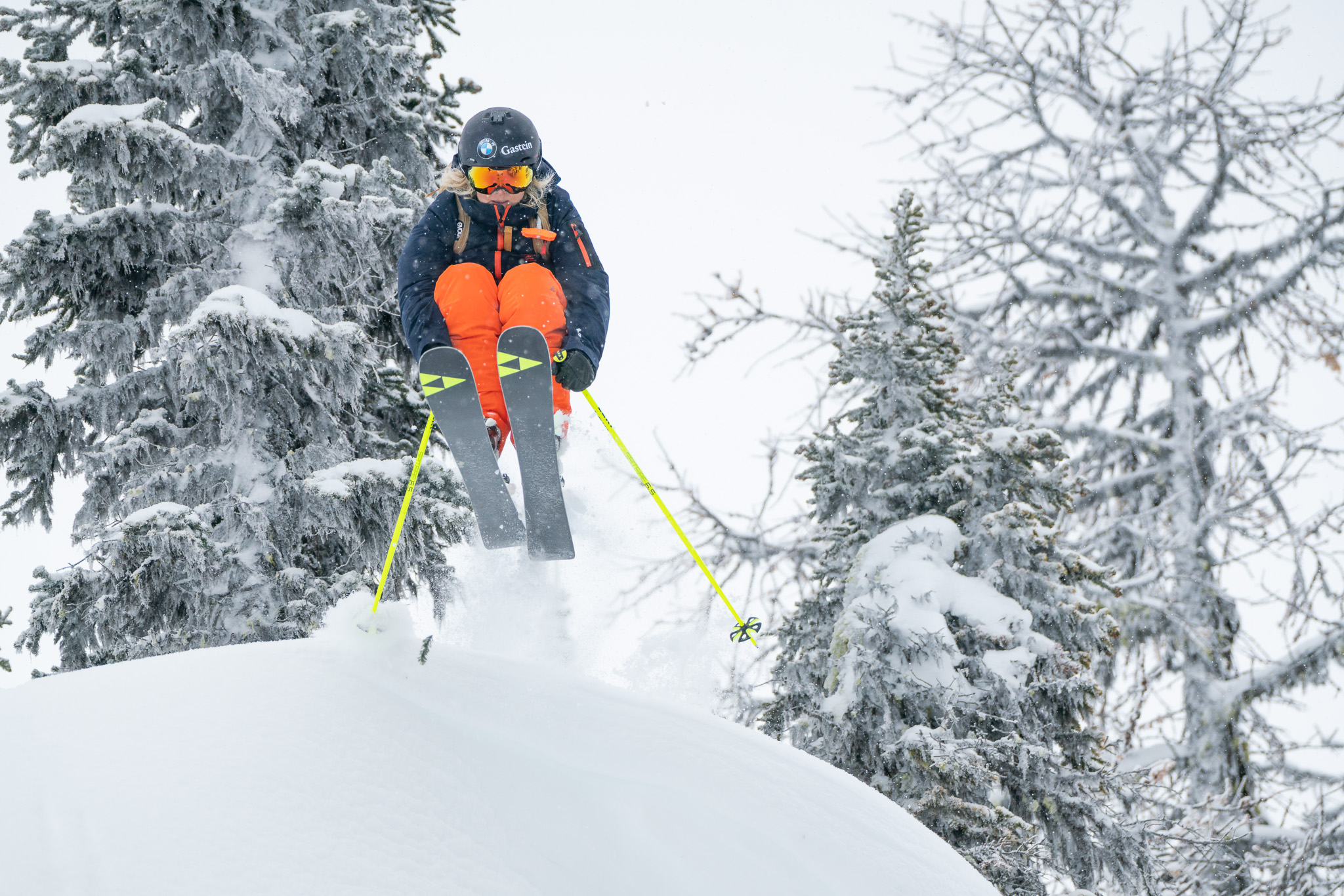 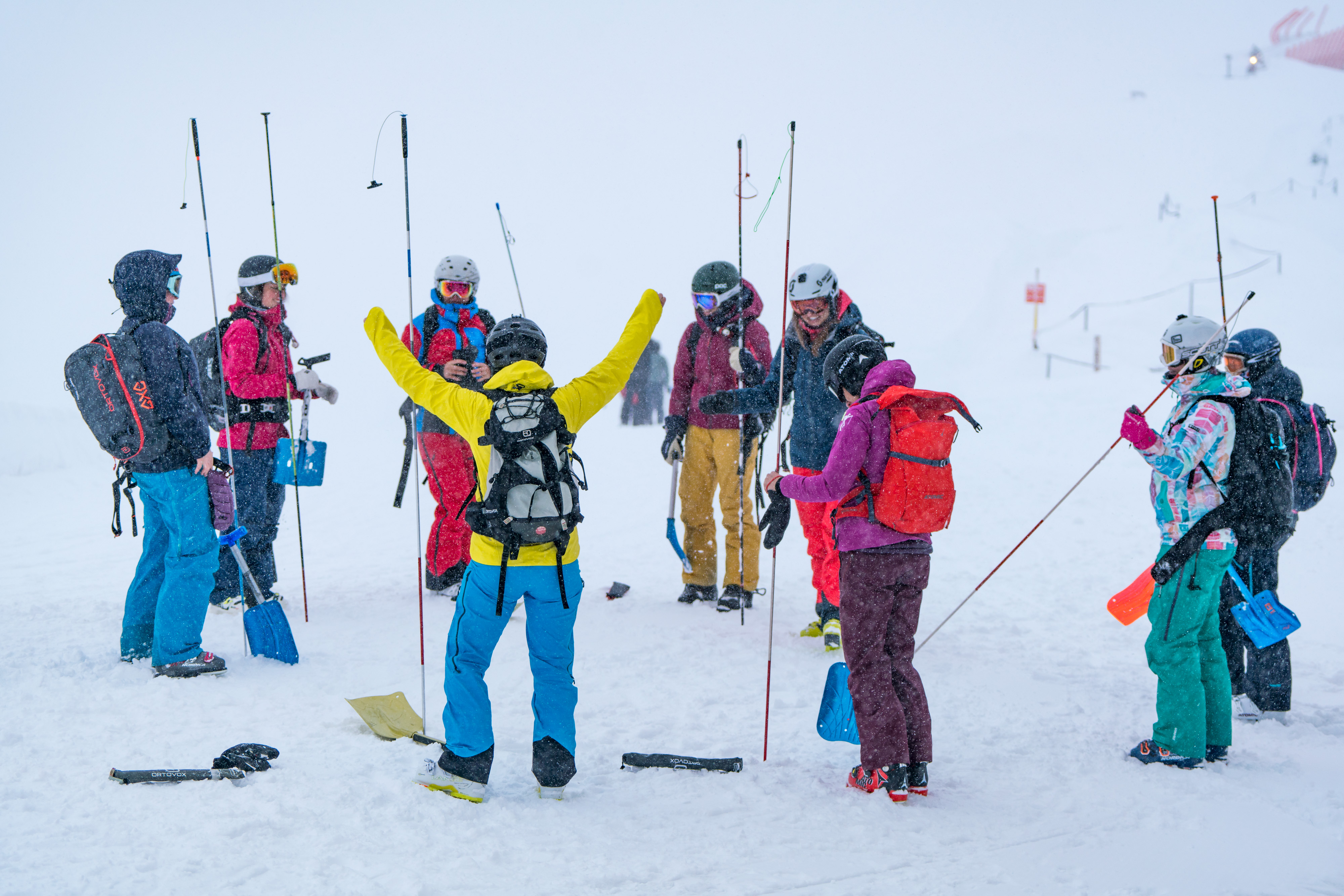 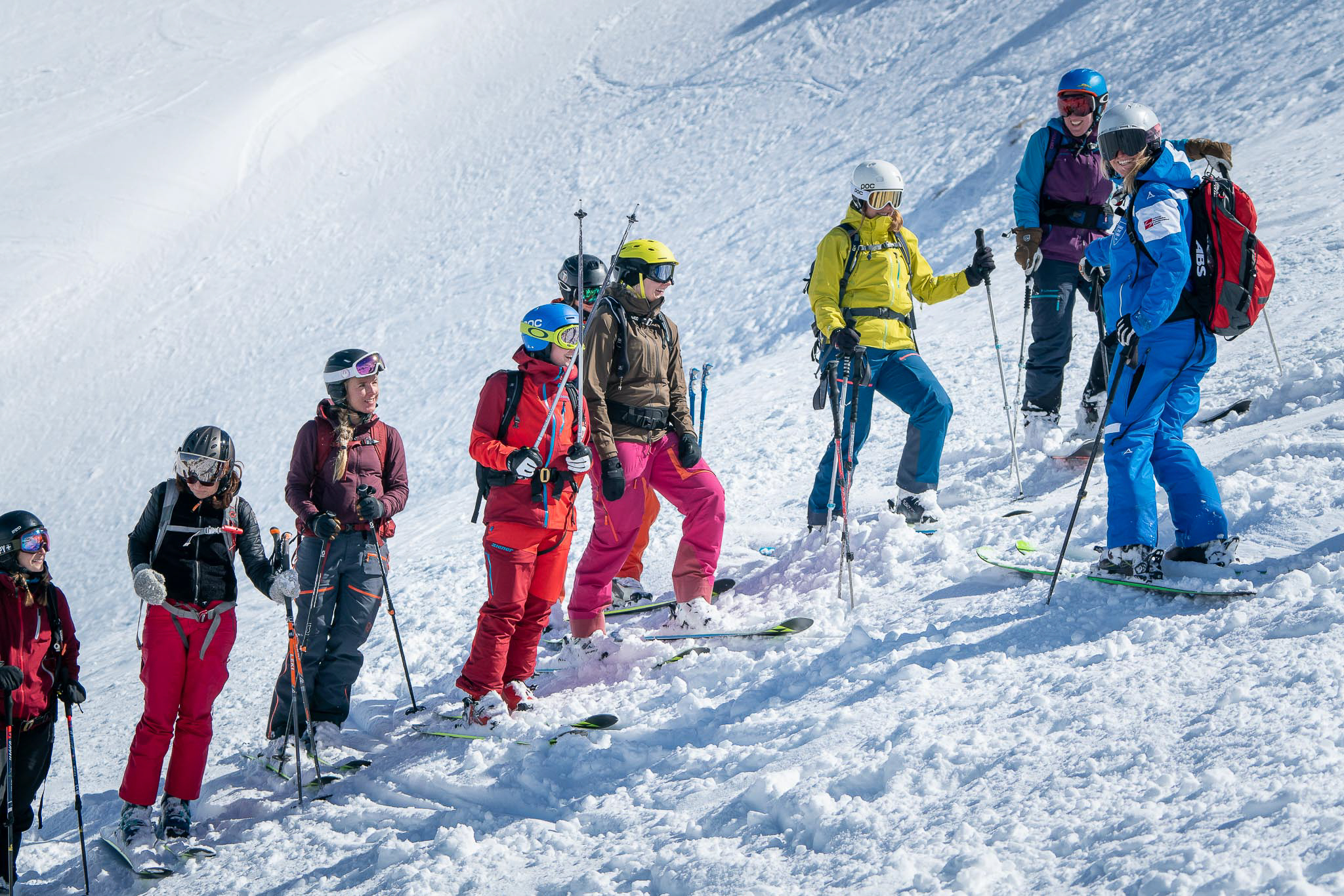 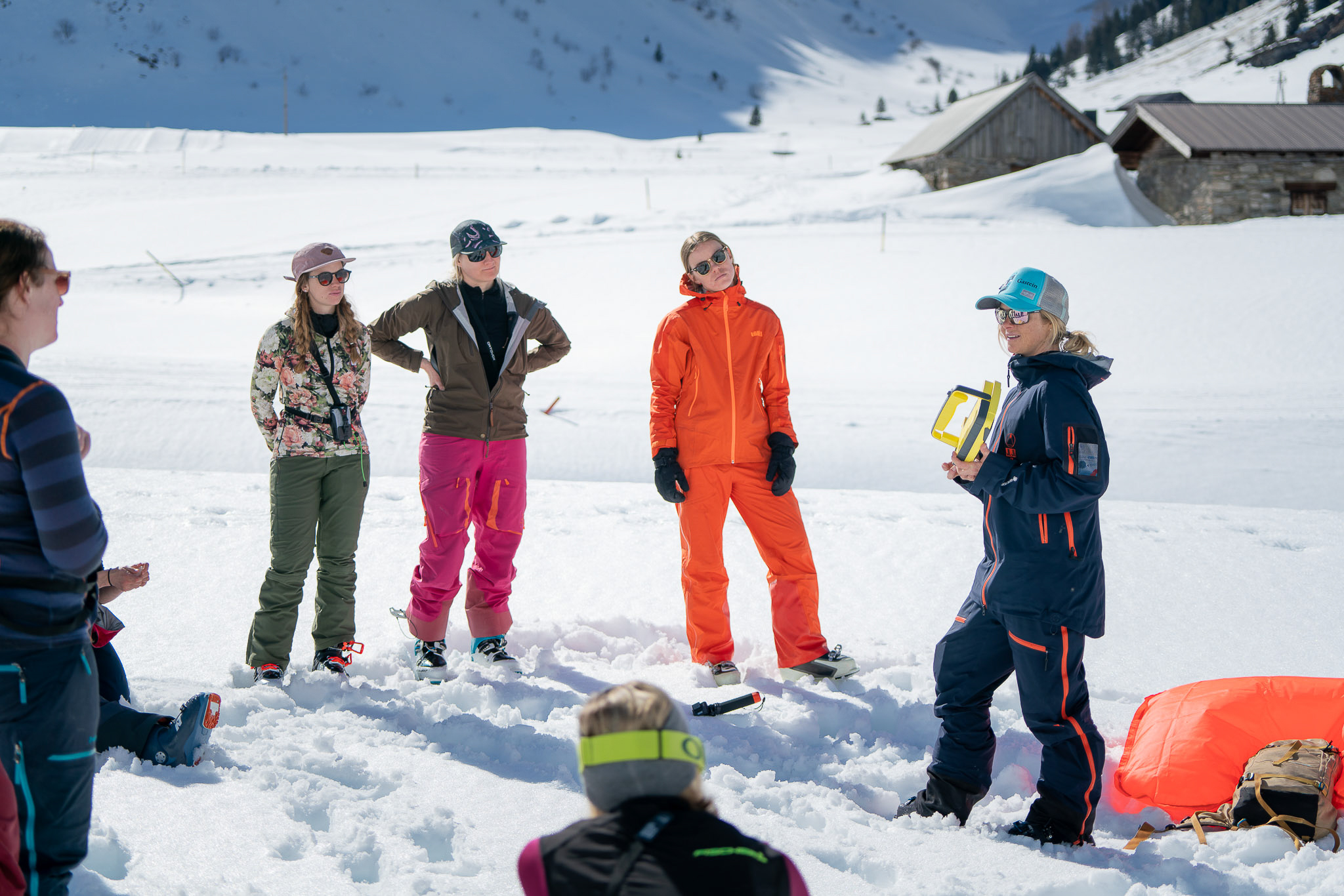 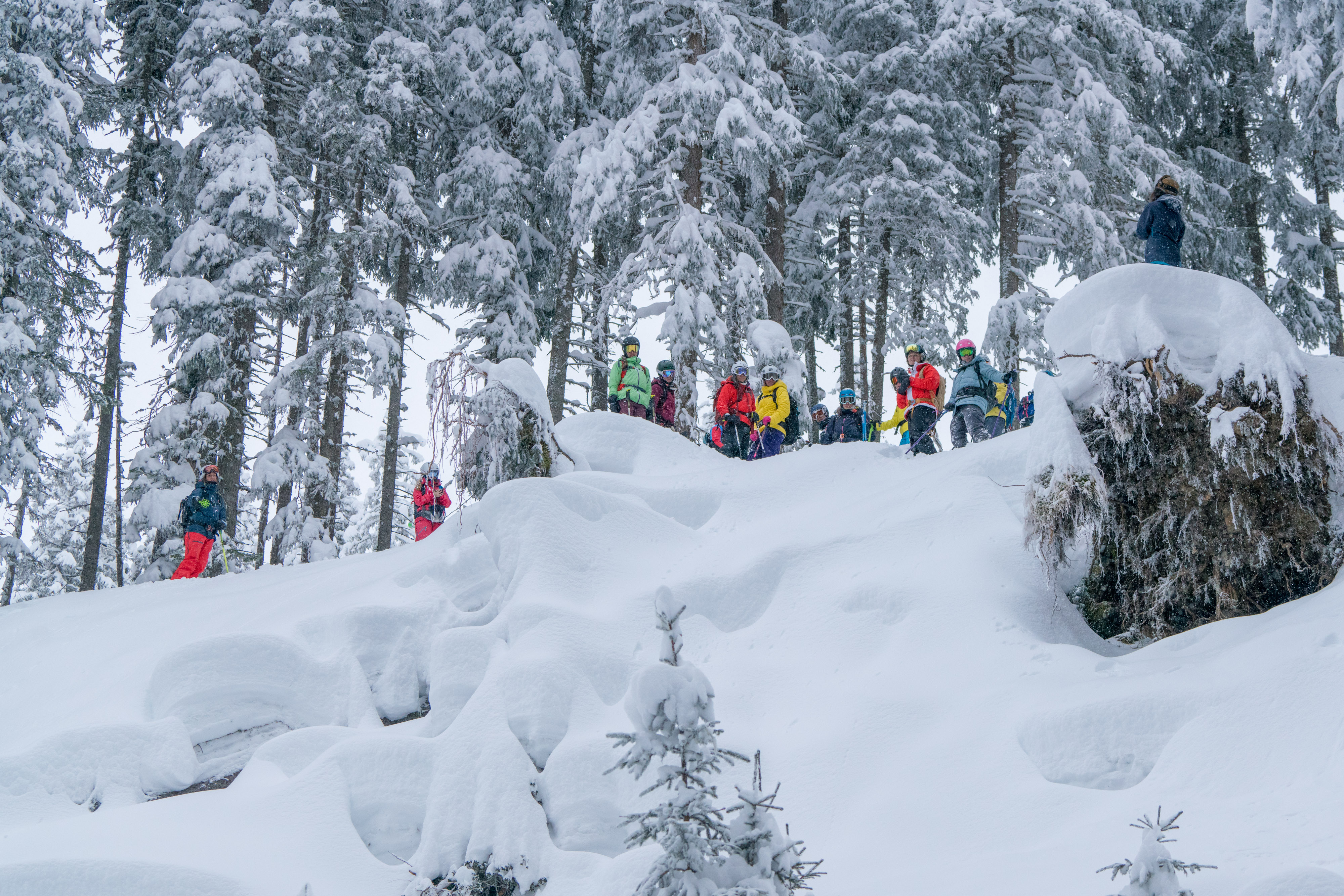 With our one-day-workshops for women only we want to create opportunities to improve and learn, get better and leave with a new gained confidence.

WE CAN NEVER KNOW ENOUGH, RIGHT?
Are you a mum who missed out the whole last season and now you want to get back on the horse and be prepared better than ever? Or are you one of these gals who always brings beacon and shovel and probe but doesn’t really know how to handle it in case of an emergency? Are you sick of just following others and rather know more about it all? Then our SNOW SAFETY workshop is for you!
December 2020 | Salzburgerland, ski resort to be announced
December 2020 | Tirol, ski resort to be announced 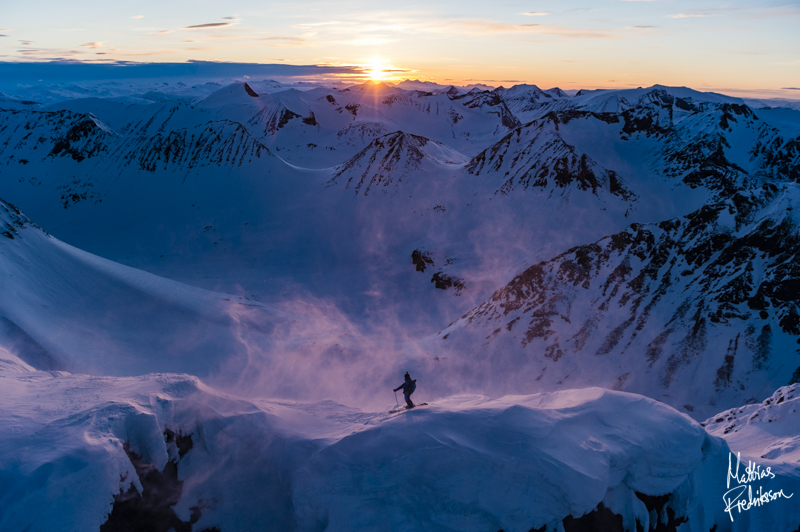 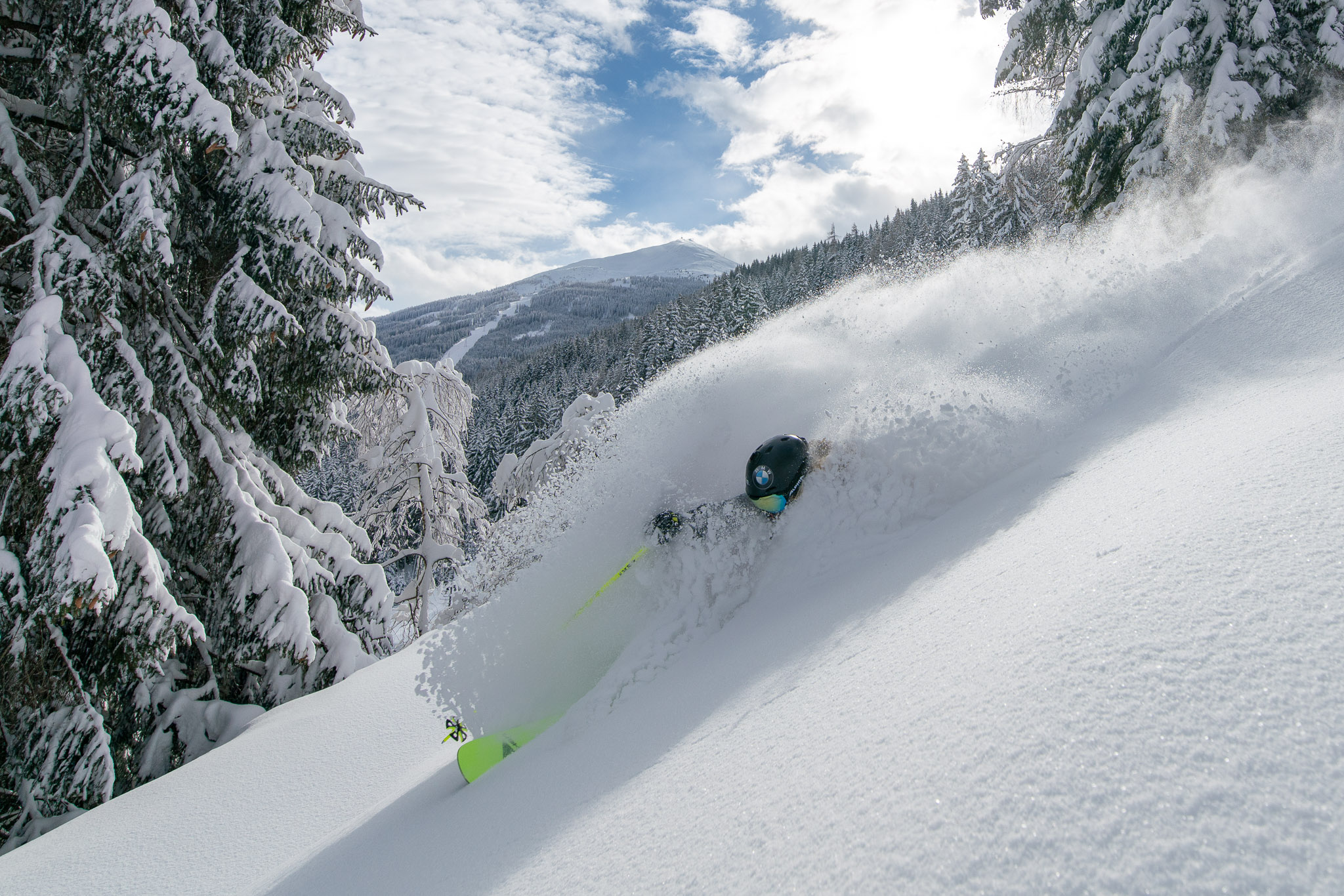 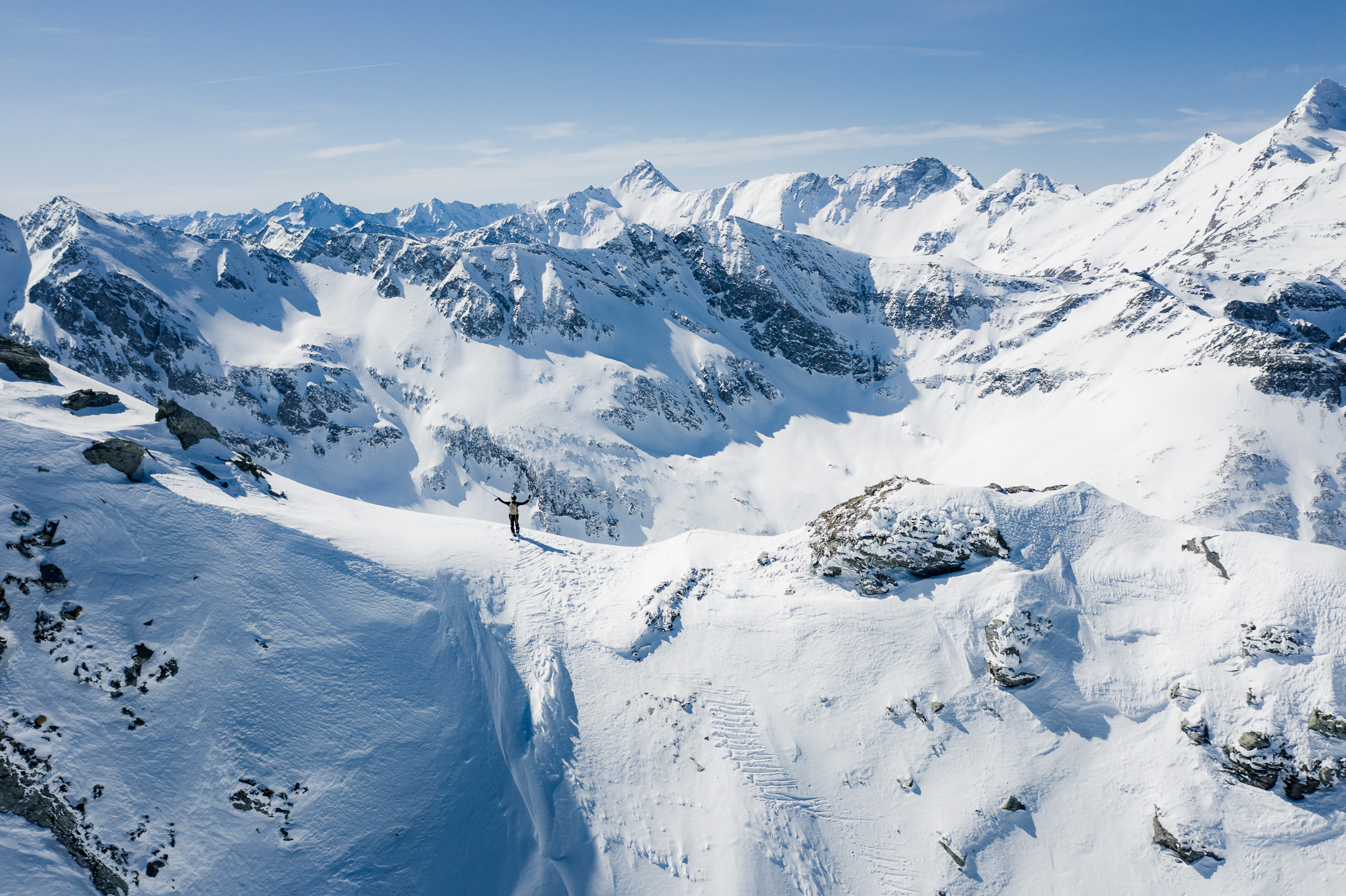 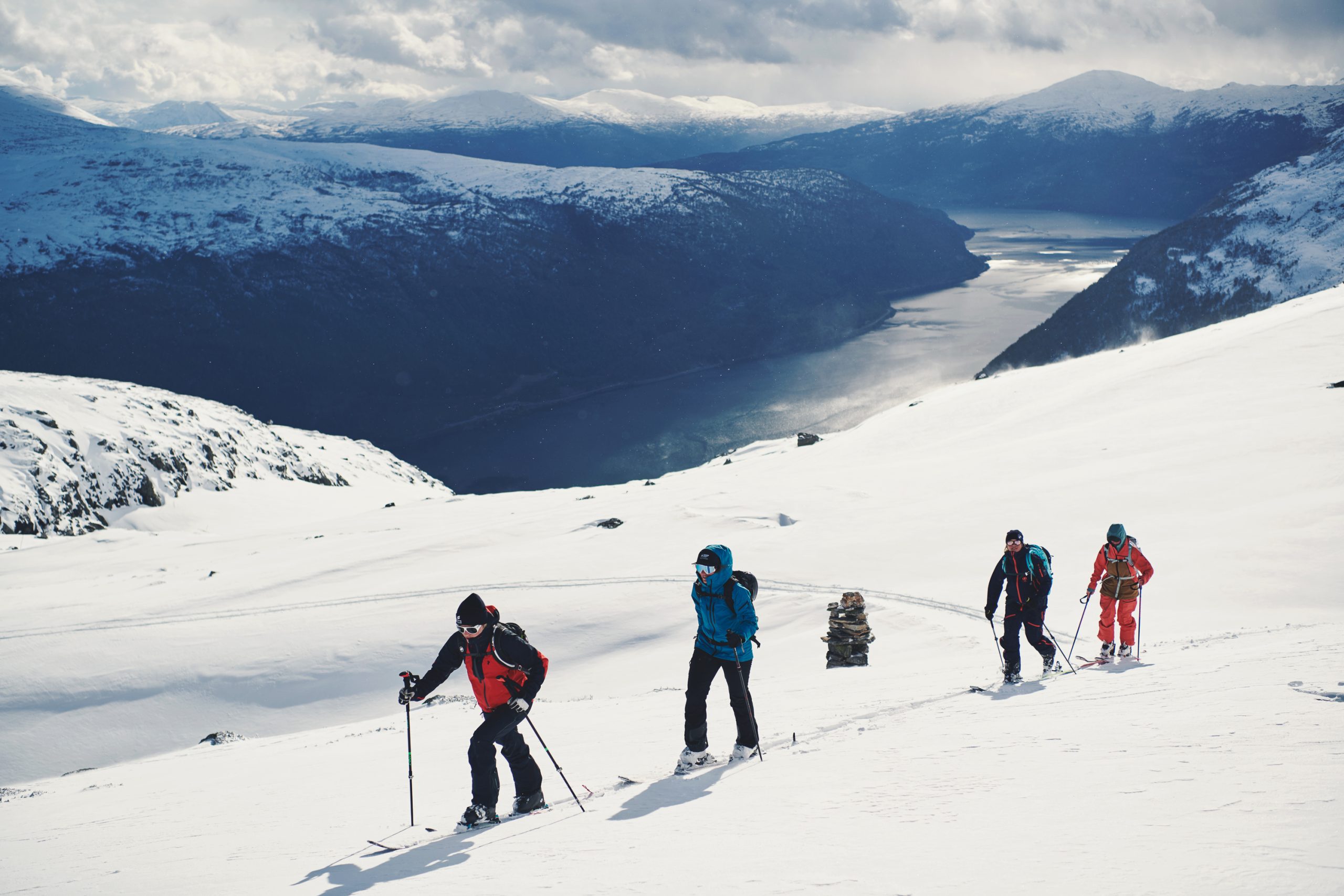 Skiing at midnight in Sweden for your honeymoon like Sandra & the crew did in BETWEEN? Exploring some of Japan’s finest backcountry with your friends like the athletes did in PURE? Ski touring & heliskiing or mountain biking like in CONNECTS? Heliskiing in Canada where COUPLES & LUCID was filmed at or do you dream of skiing in Alaska? Do you wanna visit Sandra in her ‘backyard’ in Gastein, Austria and how about a trip to our ‘home-away-from-home’ destination Engelberg in Switzerland?
Skiing, mountainbiking, windsurfing, surfing – you DREAM, we create your TRIP.
Sandra has got you covered, creating your DREAMTIP with her great connections and network with backcountry operations, guides and lodges all over the world, combined with her personal experience and organization skills.
Tell her your preferred destination and purpose of your DREAMTRIP and she’ll come back to you with further questions followed by a personalized package, whether you are a single traveler, newlyweds, family, a group of friends or co-workers or a CEO looking for a special retreat for your team.
SPICE UP your dreamtrip and sign up Sandra or one of our inspiring athletes & COACHES to JOIN your special trip.

Ever since Sandra – who also has a master degree in sport science & high performance coaching, is a certified mental coach, ski instructor & alpine ski racing coach & has multiple years of experience in coaching elite athletes such as Olympic gold medalist Anna Veith – has committed her life to skiing and building her #shadesofwinter platform, founded in 2013.
Sandra has found her passion at the intersection of pushing her own skiing performance, developing business models, traveling, coaching, events and filmmaking. She’s one of the leading athletes of the industry and has established strong credibility within and beyond the ‘freeskiing bubble’. Further she is a welcomed speaker & marketing consultant for companies & events.

Janina is one of the most versatile female freeskiers in the world. She has competed on the Freeride World Tour as well as two winter Olympics in halfpipe skiing. She has won the NZ Freeski Open Big Mountain event seven times, is a two-time Canadian Freeski Champion and two-time World Heli Challenge Champion.
Following the announcement in 2011 that freeski halfpipe has been added to the Olympic schedule, Janina made the big call to take a break from the Freeride World Tour and instead followed the FIS World Cup circuit competing solely in the halfpipe discipline with the goal of qualifying for the Sochi Olympic Winter Games. Janina met her goal and was selected to represent New Zealand at the 2014 Olympic Winter Games in Sochi and the 2018 Olympic Winter Games in Pyeongchang . Now Janina has taken on the film producer role creating a new series called A Winter Affair.

Growing up near Saalbach in Salzburger Land skiing always played an important part in her life. All started when she was two years old to ski racing in her youth Today Sabine is a graduate ski instructor and coaching young professionals. Besides her sports science studies at the University of Innsbruck she is working as a trainer within the Salzburger Skilehrerverband and competes at freeride contests. During summer she switches her skis for a bike and can be found as a mountainbike guide in Saalbach-Hinterglemm.

Olympic Gold medalist and newly mum Julia Mancuso from the USA. Already during her time in the alpine ski racing circuit, basically her whole life, Julia has been tied to freeskiing. Throughout her successful career she though had to battle quite some injuries that kept her from really performing in the backcountry. Now, with a newly replaced and pain free hip and/despite a sweet infant by her side she feels ready to step it up again. Commitment and dedication have been her consistent partners for years.